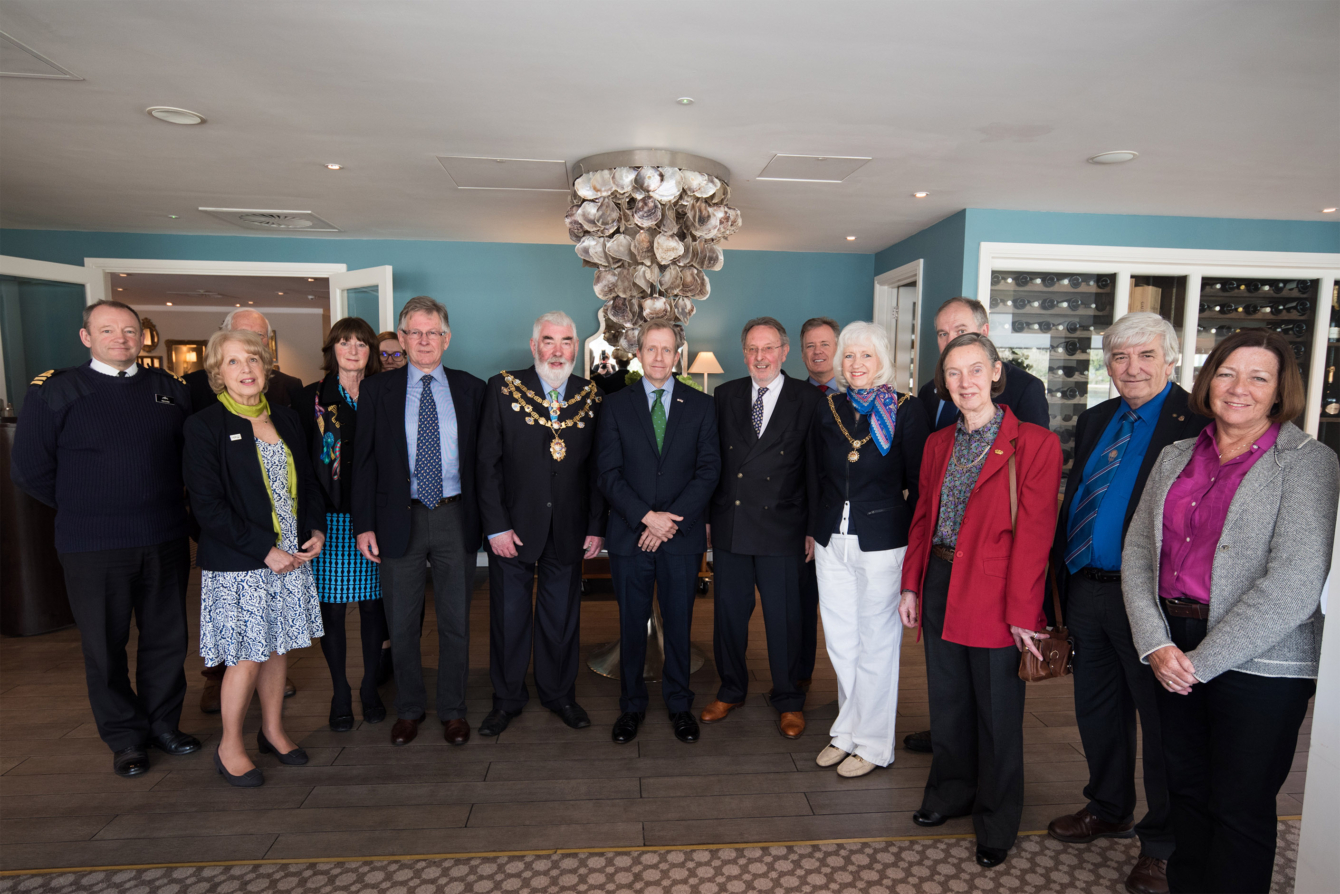 On 22 March 2017, Dartmouth hosted a visit from the Acting US Ambassador Lewis Lukens, Cultural Attache Vince Murphy and Press Officer Laura Saarinen.  This was part of the run-up to the Mayflower 400 commemoration in 2020.

The Mayor and Mayoress, Rob and Diane Lyon, welcomed the party at the Marina Hotel, after a tour of Britannia Royal Naval College. They joined a larger party over lunch, consisting of members of the Mayflower 400 Committee, the Commander of BRNC, Rob Dunn and Councillors Hilary Bastone and Jonathan Hawkins.

The Mayor expressed how privileged we felt in Dartmouth to receive such eminent guests, and mentioned the strong ties between our two countries.

Following lunch, the US party took a river trip, and a tour of the town, with a commentary of Dartmouth’s rich history.