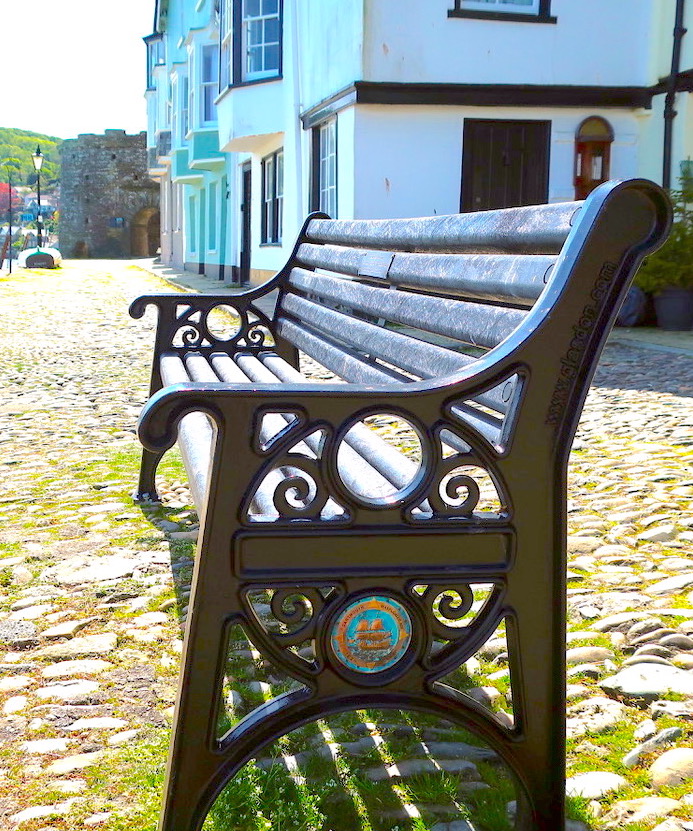 To join in with the celebration of the Mayflower 400, South Hams District Council has replaced a number of benches in historic Bayard’s Cove in Dartmouth.

The 15 new traditionally styled benches were completed this week.  They were replaced with the full support of Dartmouth Mayflower 400 and Dartmouth Town Council and really enhance the beautiful Cove area.

As well as looking good, the heritage benches are made from stylish cast recycled aluminium, with seat ends and durable slats which are vandal proof and easier for the Council to maintain for many years to come.  Each bench features the Mayflower 400 trail logo along with that of the District Council.  The final touches remain to reapply each of the memorial plaques located on the old benches to the new ones.

South Hams Council has a plan to replace all old benches throughout the District, as and when they are needed to be replaced, with more environmentally recycled friendly and vandal proof ones which offer minimal maintenance and corrosion resistance.

South Hams District Council’s Dartmouth Ward Member, Cllr Jonathan Hawkins has been supporting the installation of the new benches and said: “I am delighted that South Hams could help with this project.  The old benches needed to be replaced and with such an important anniversary this year it was a great opportunity to improve this historic area of Dartmouth.  Over the past few years improvements to Bayard’s have taken place and hopefully more will happen in the coming winter.  The Mayflower 400 committee should be congratulated on all their work to celebrate such an important year.”

Why is Bayard’s Cove so important to the Mayflower 400 celebrations?

The Speedwell ship was travelling from Holland with the Mayflower pilgrims from the north, en route to America when the ships rerouted to Dartmouth for repairs, arriving on 23 August 1620.

Bayard’s Cove harbour became the temporary repair port for the Speedwell which needed urgent leaks repairing by Dartmouth craftsmen, before travelling across the North Atlantic.  While the Speedwell was repaired, the Mayflower moored on the River Dart further upstream for a week before both ships continued on their journey four centuries ago.

The historic stop in the port has ensured that Dartmouth is part of the success of the Mayflower’s journey which deserves to be recognised in the 400 year celebrations.

The District Council has been delighted to support this recognition with the installation of the new Bayard’s Cove benches.

Robert Lyon from Dartmouth Mayflower 400 said: “On behalf of the DM400, it has been a pleasure to work with SHDC on this project especially as it has come to this splendid conclusion. The benches are very low maintenance and much more in keeping with the historic cove.  It’s been a great pleasure working with Jonathan Hawkins and the Council officer responsible for the project.”