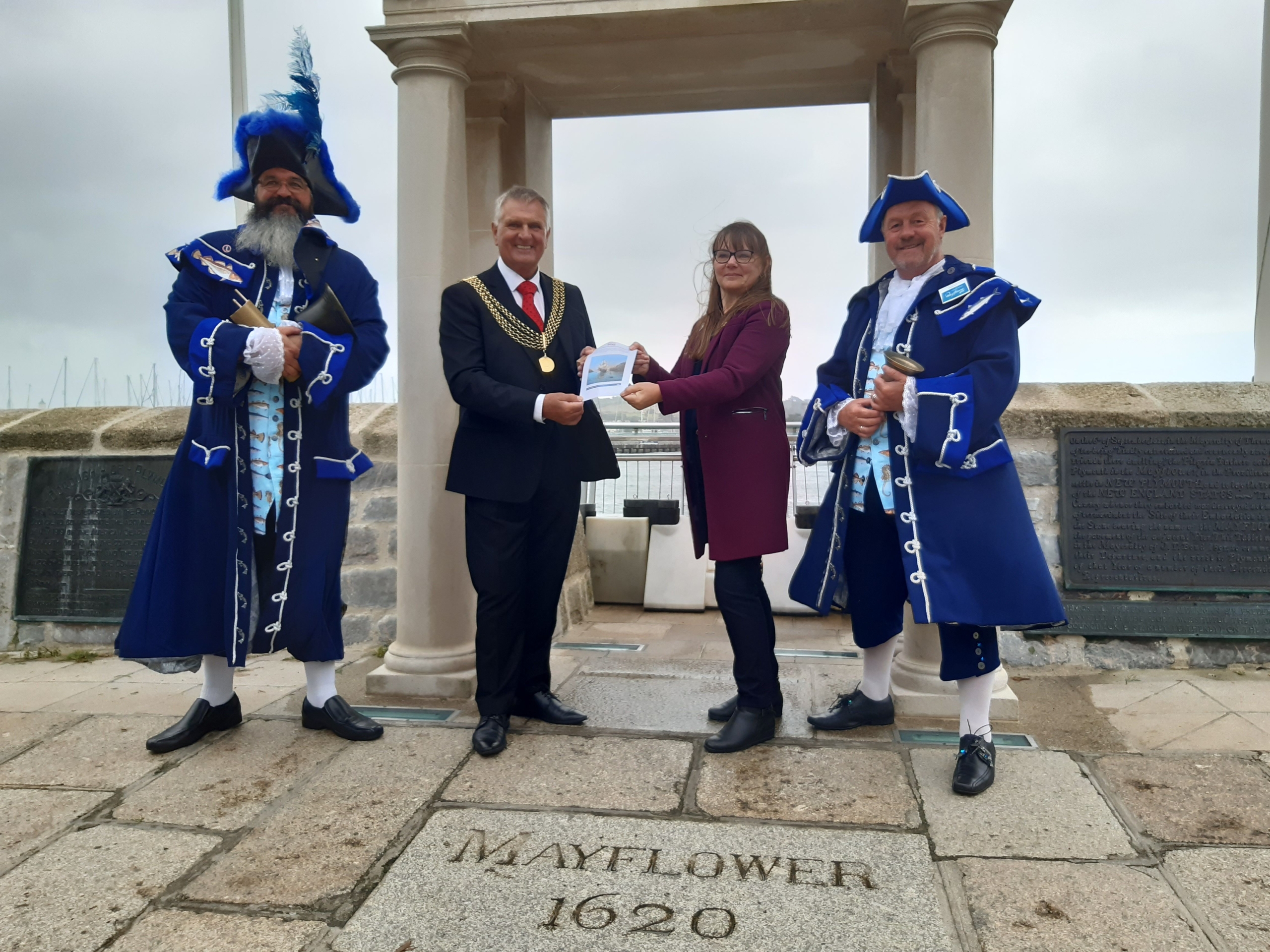 Following the successful the final Mayflower 300 1920 Badge presentation from the City of Southampton to Dartmouth on 23 August (see News item), the final badge was resented to the City of Plymouth on 25 August.

Representing Dartmouth Mayflower 400, Laura Campbell presented one of our Dartmouth Badges depicting the art work of local artist, John Gillo to the City of Plymouth.
The two Southampton crews received Mayflower 400 badges from the Lord Mayor of the City of Plymouth in recognition of making the journey from Southampton to Plymouth by Sea! As did the Mayflower and Speedwell 400 years ago.

Plymouth were supported in the event by their new Mayflower Town Crier John and his deputy David. 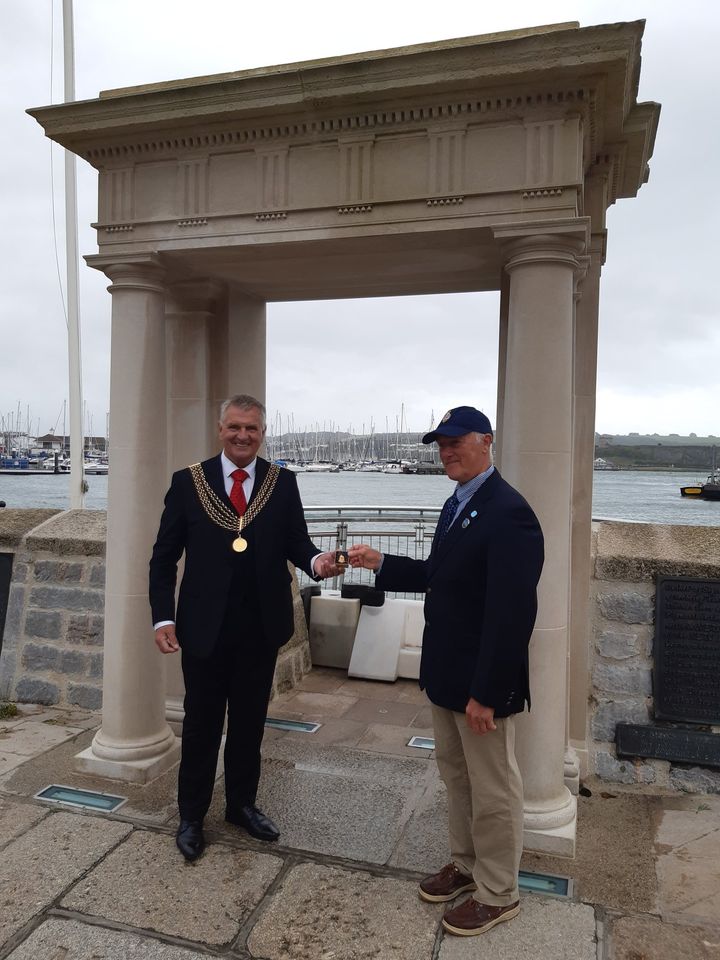 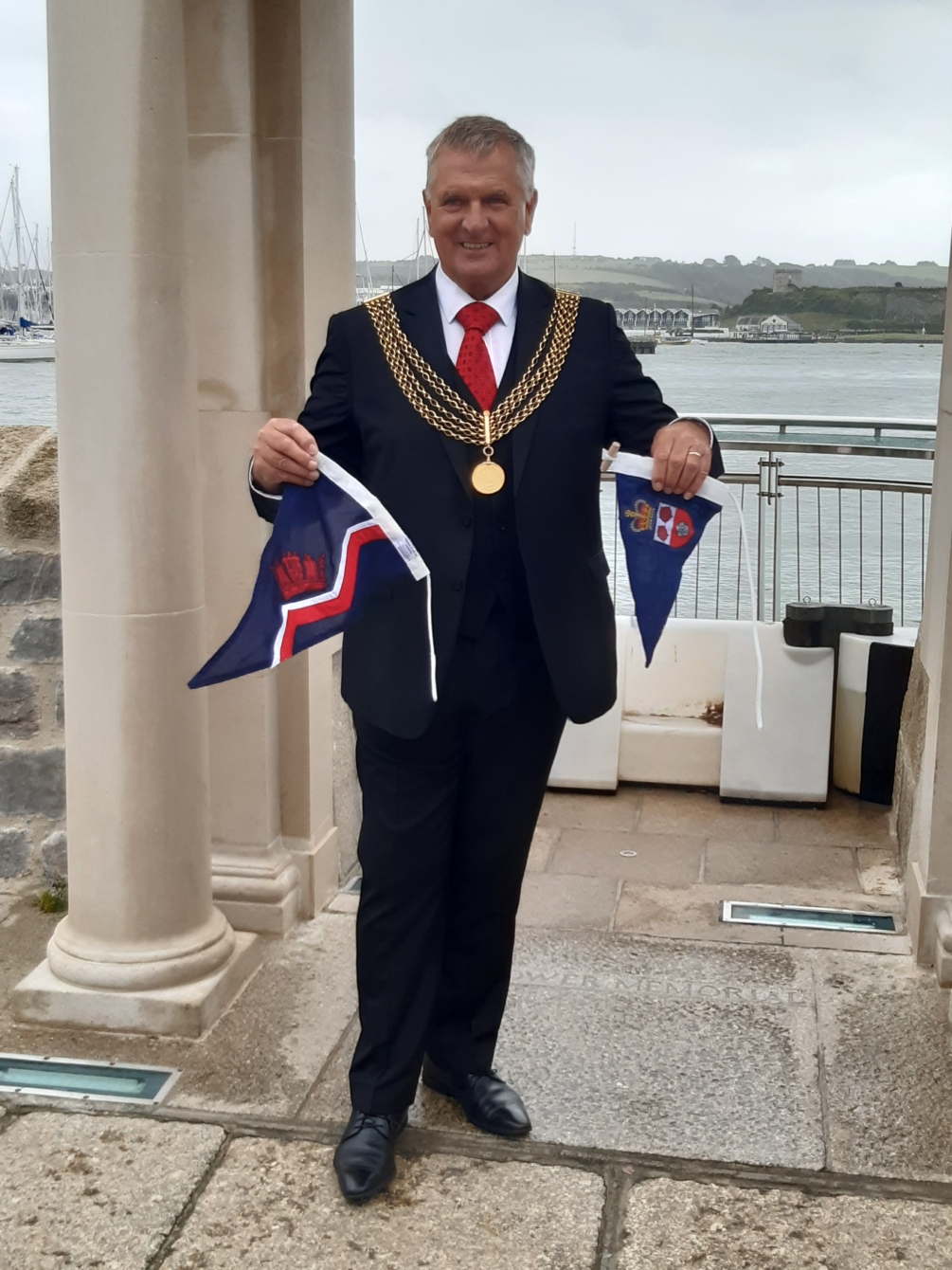