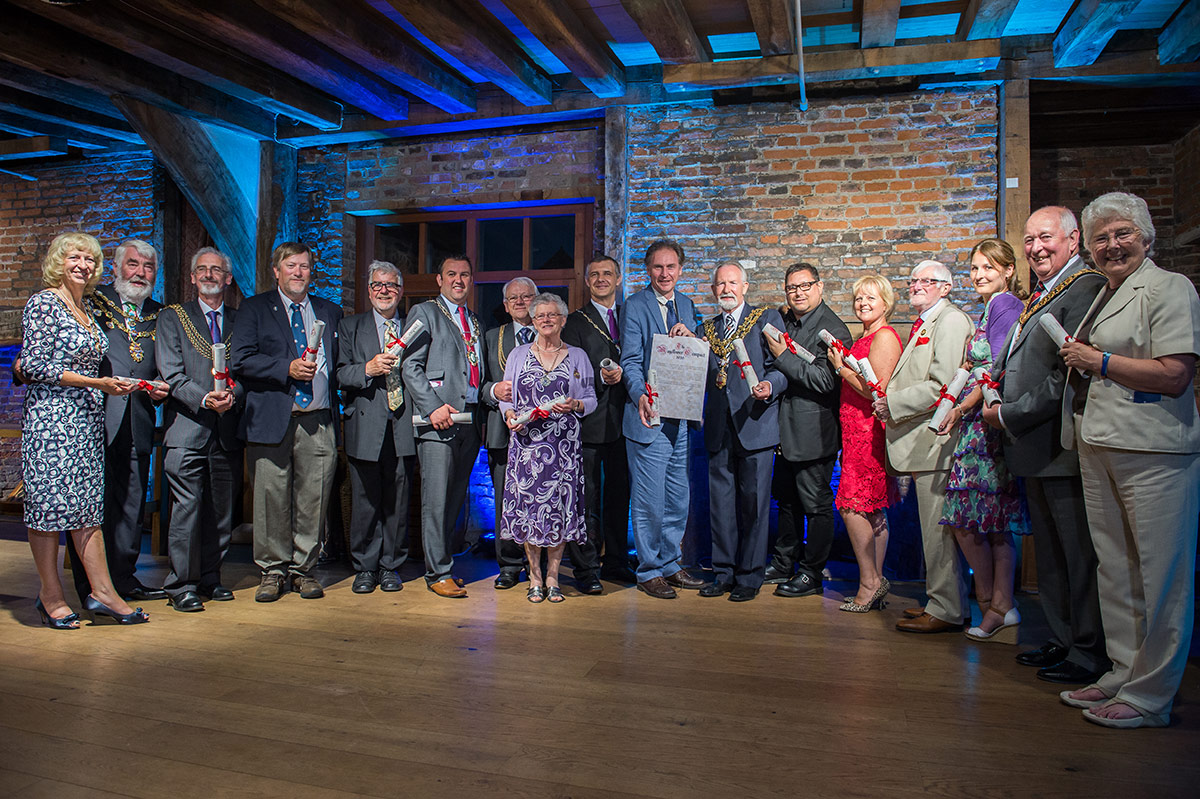 Members of Mayflower 400, a partnership of locations from across the UK, US and Holland linked by one of the most influential sea voyages in history, formally launched the Mayflower 400 Compact on 16 July 2015 in Gainsborough, Lincolnshire. The launch was be attended by over 80 UK, US and Dutch leaders, Chief Executives and Members of Parliament all backing the ambitious 2020 vision to mark the 400th anniversary of an event, celebrated by many in the US as the beginning of a national legacy, and in the UK as the beginning of one of the most enduring alliances the world has ever known.

Dartmouth’s representatives, Mayor Robert Lyon, and Mayoress Diane Lyon, are on the left of the photograph.