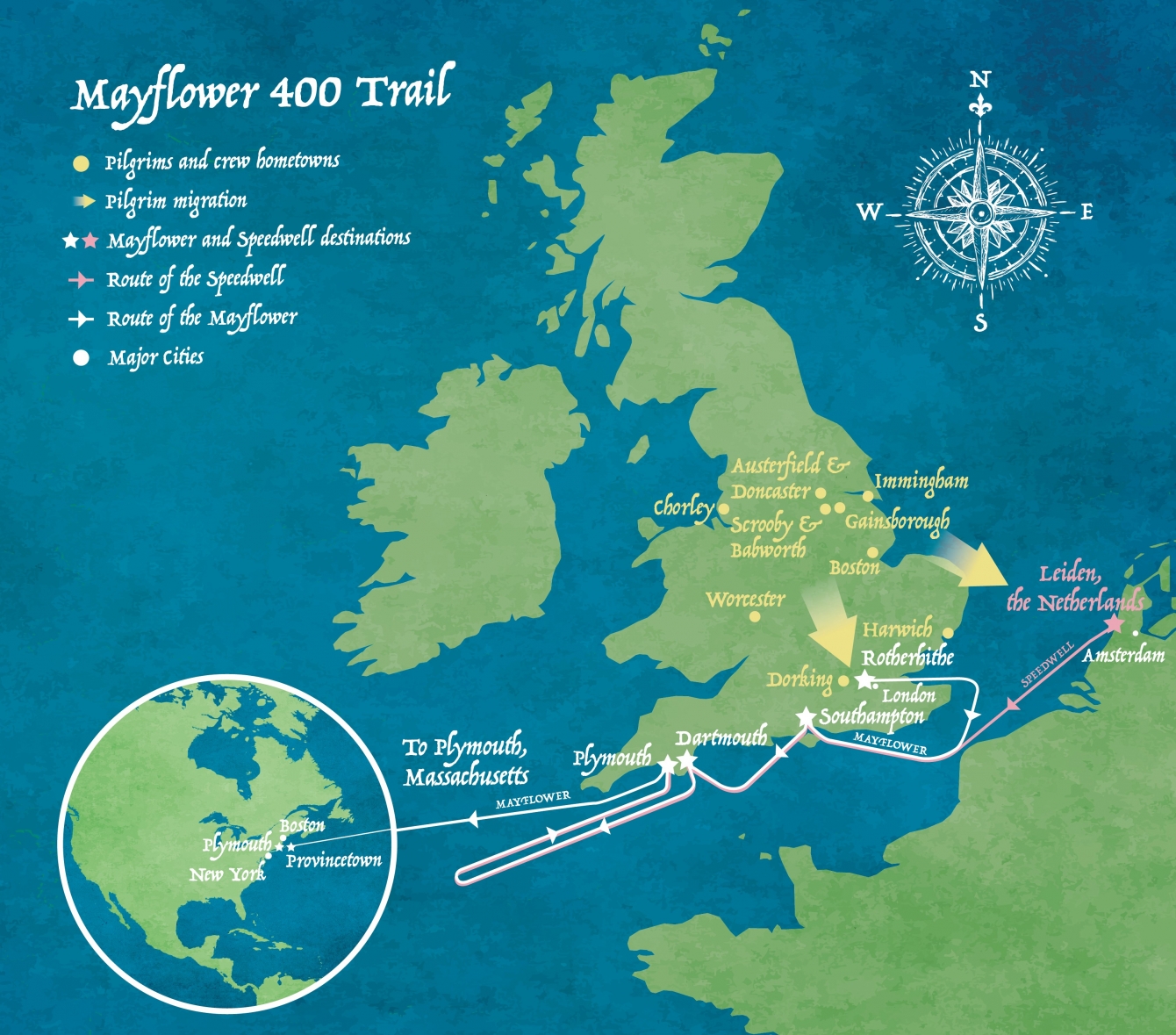 The two ships didn’t get very far before the Speedwell began to take on water again – either because she carried too much sail and thus was straining at her timbers, or as a direct result of sabotage by a reluctant crew. They changed course for Dartmouth in Devon, arriving on 23rd August 1620.  According to the passengers the Speedwell was leaking like a sieve and water was penetrating her hull rapidly, causing some alarm and requiring urgent attention. Both ships lay at anchor in the harbour, off Bayards Cove, while repairs were carried out.

It has been said that the Separatists were regarded with some suspicion by the locals, but we have no historical evidence to support this. While much has changed on the waterfront since, they would still recognise Bayards Cove itself with the Tudor fort, Lower Street, Smith Street and Agincourt House, now a hotel.  It took about ten days for the port’s skilled craftsmen to make good the damage. Again, the ships headed out into the English Channel, New World bound.

The Mayflower alone set sail from Plymouth, England on 16 September 1620 with just 102 passengers and crew on board. The Speedwell and a number of passengers had to be left behind. The ship arrived some 66 days later, on 11 November, in Cape Cod on the US East Coast.

"The great hope, and for the propagating and advancing the gospel of the kingdom of Christ in those remote parts of the world."