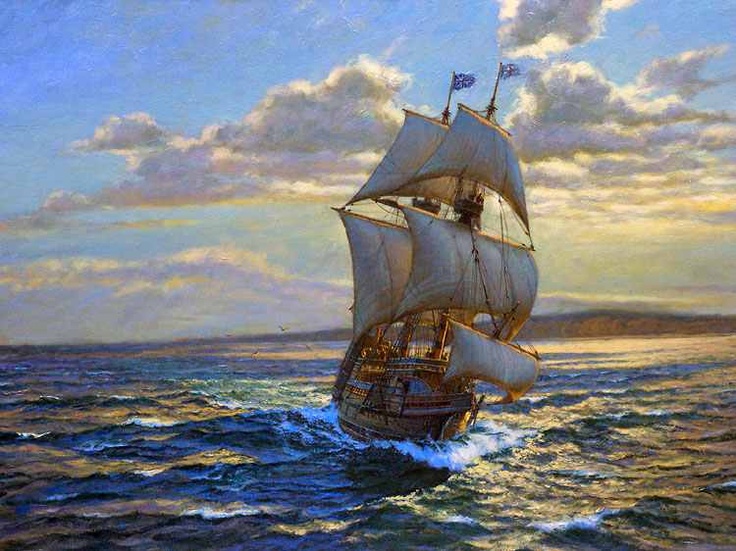 The Mayflower was the ship that transported the first English Separatists, known today as the Pilgrims, from Plymouth, England to the New World in 1620.  There were 102 passengers, and the crew is estimated to have been about 30, but the exact number is unknown.  This voyage has become an iconic story in some of the earliest annals of American history, with its story of death and of survival in the harsh New England winter environment.  The culmination of the voyage in the signing of the Mayflower Compact was an event which established a rudimentary form of democracy, with each member contributing to the welfare of the community.

More details about the story

"The loss of... honest and industrious men's lives cannot be valued at any price."