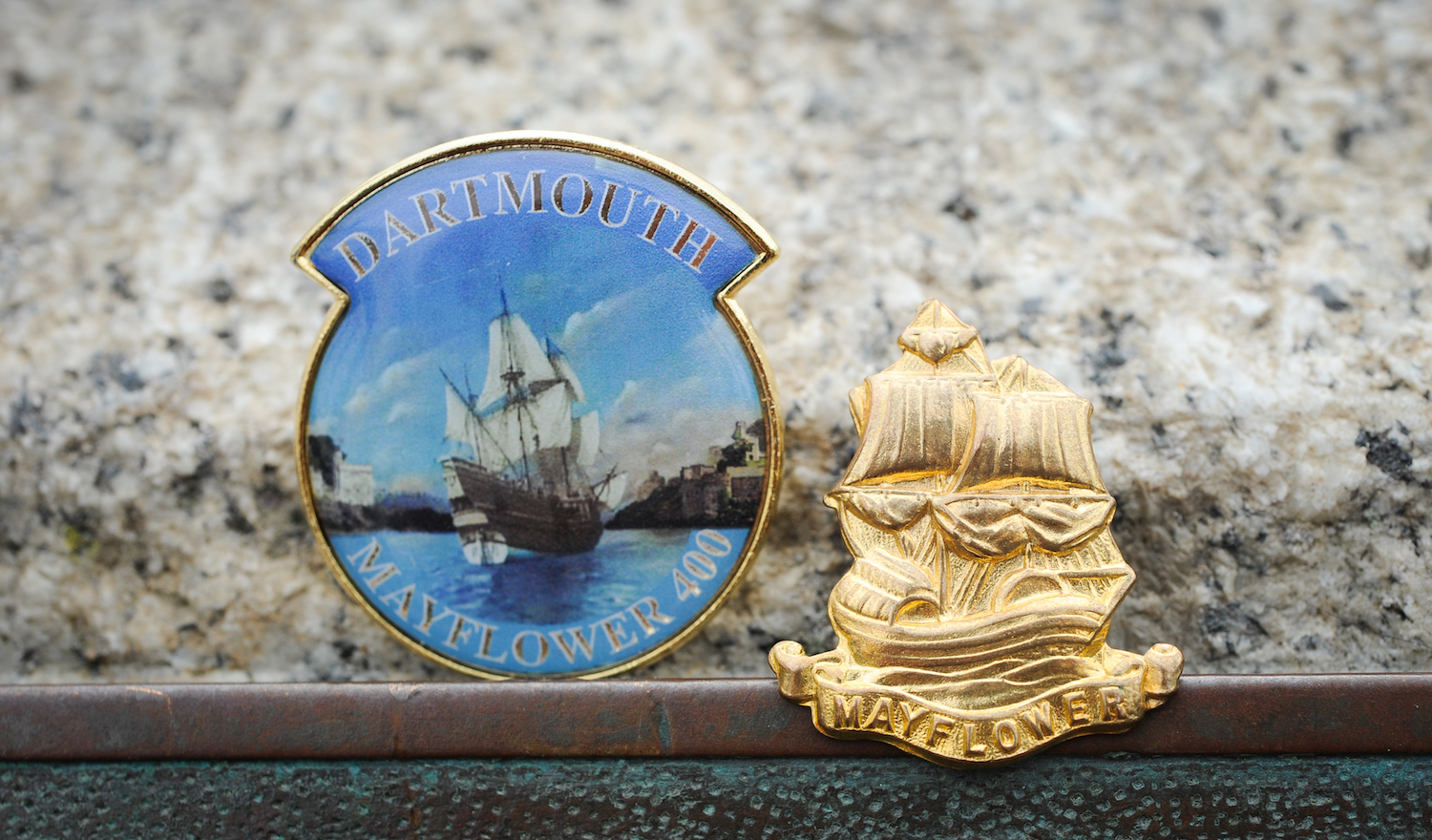 During August 2020, the Royal Southampton Yacht Club and Royal Naval Volunteer Reserve Yacht Club, have held a rally, following the sailing of the Mayflower and Speedwell in 1620, linking Southampton, Dartmouth and Plymouth.

The rally carried a ‘Mayflower Badge’ from Southampton’s 1920 Mayflower Pageant to each of these destinations to donate to their museums.

On Friday 14 August, Cllr Sue Blatchford, Mayor of Southampton, presented two of the badges to members of the Royal Southampton Yacht Club, Laurie Bates and Graham Tracey, and the Commodore of the Royal Naval Volunteer Reserve Yacht Club, David Monks, to be presented to the Cities of Dartmouth and Plymouth, in honour of the shared maritime history represented in the voyage of the Mayflower and Speedwell, precisely 400 years ago.

The rally arrived in Dartmouth on Sunday 23 August, when Dartmouth’s Deputy Mayor Sally Hibbert received a gift of the 100 year old badge to the Town of Dartmouth, accompanied by a certificate of the story of the badge relating to a Rev James Lyne Baumont James. The certificate has been signed by all three Mayors and will form a commemorative mark of the occasion which will go on display at Dartmouth Guildhall.  The final badge arrived in Plymouth and was presented on Tuesday 25 August.

The badges were generously donated by Lis Barton, whose father came to be in possession of the badges in 1920. “After discussion with my own brothers, and referring to my mother’s book about the James family, we have concluded the badges, always known as the ‘Mayflower Badges’ and kept in an old rusty tin, may had been made for the Southampton Mayflower Pageant. We surmise they could have been meant to be sold to raise money for the Pageant, or possibly for the parish…I can find no references to this Pageant in the James Family History and do not, at this time, have access to his diaries. But, we do know being involved in this Pageant sparked his interest in our family history.” Lis Barton. August 2020

The representatives from the two Yacht Clubs each presented a burgee from their clubs to mark their involvement in this notable occasion.

Admiral Robin Shiffner, Maritime Project Lead for Dartmouth Mayflower 400 presented one of our limited edition John Gillo Mayflower Badges to the two Yacht Clubs for each skipper involved in the Mayflower Cruise.   Sadly many of the yachts and motor boats did not make it to Dartmouth due to adverse weather conditions… in similar conditions to that of the Mayflower and Speedwell when they made the same journey 400 years ago. The journey that saw the Speedwell remaining in Plymouth. 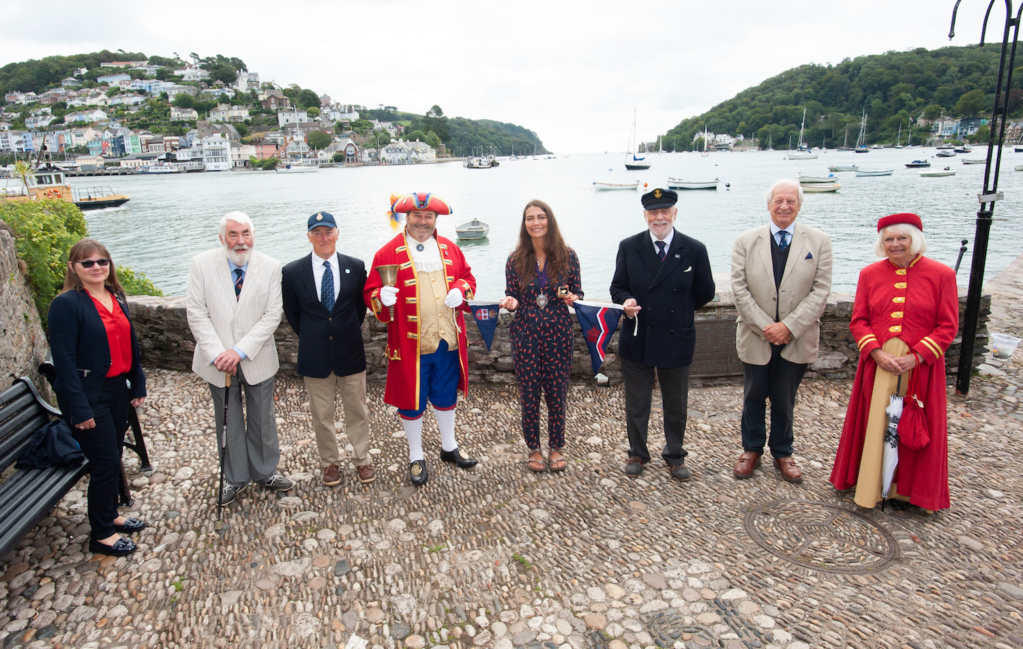 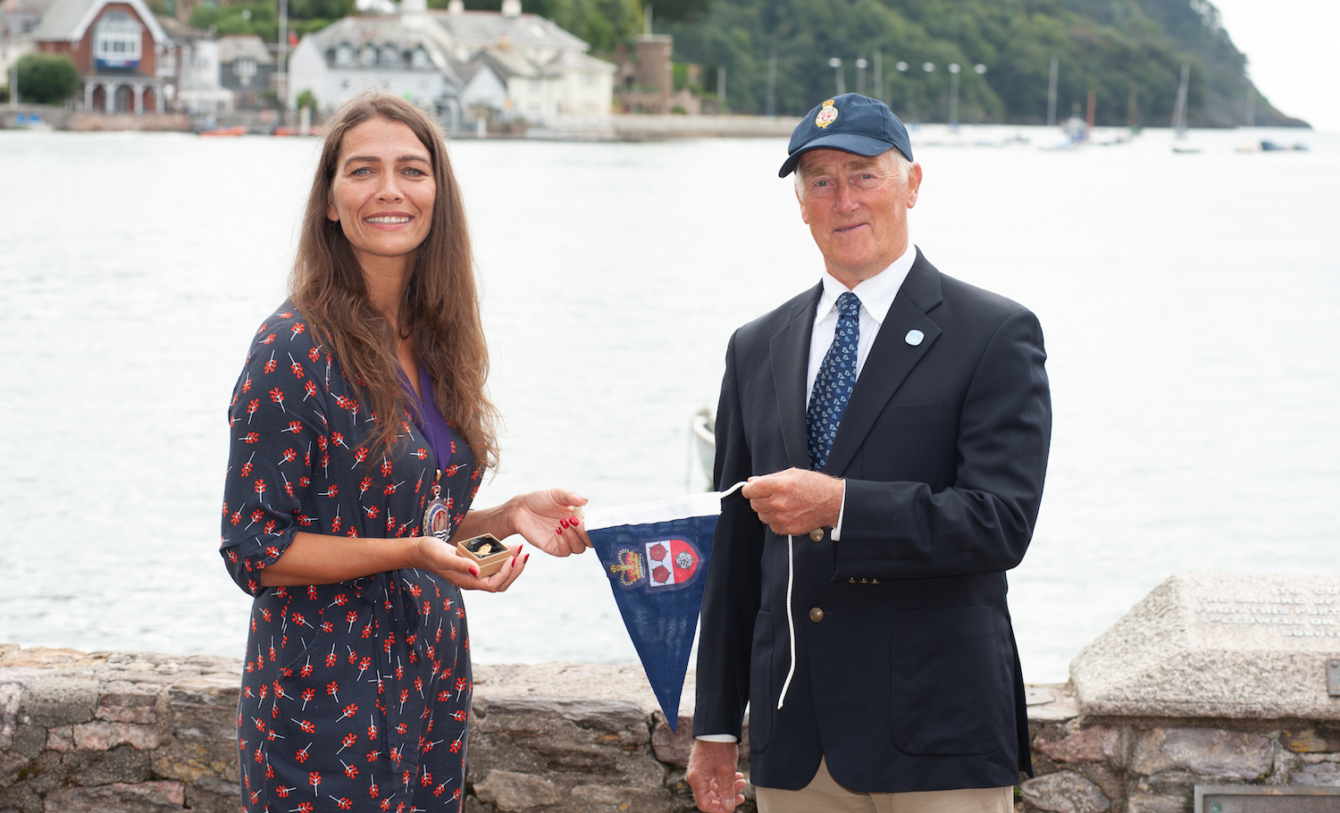 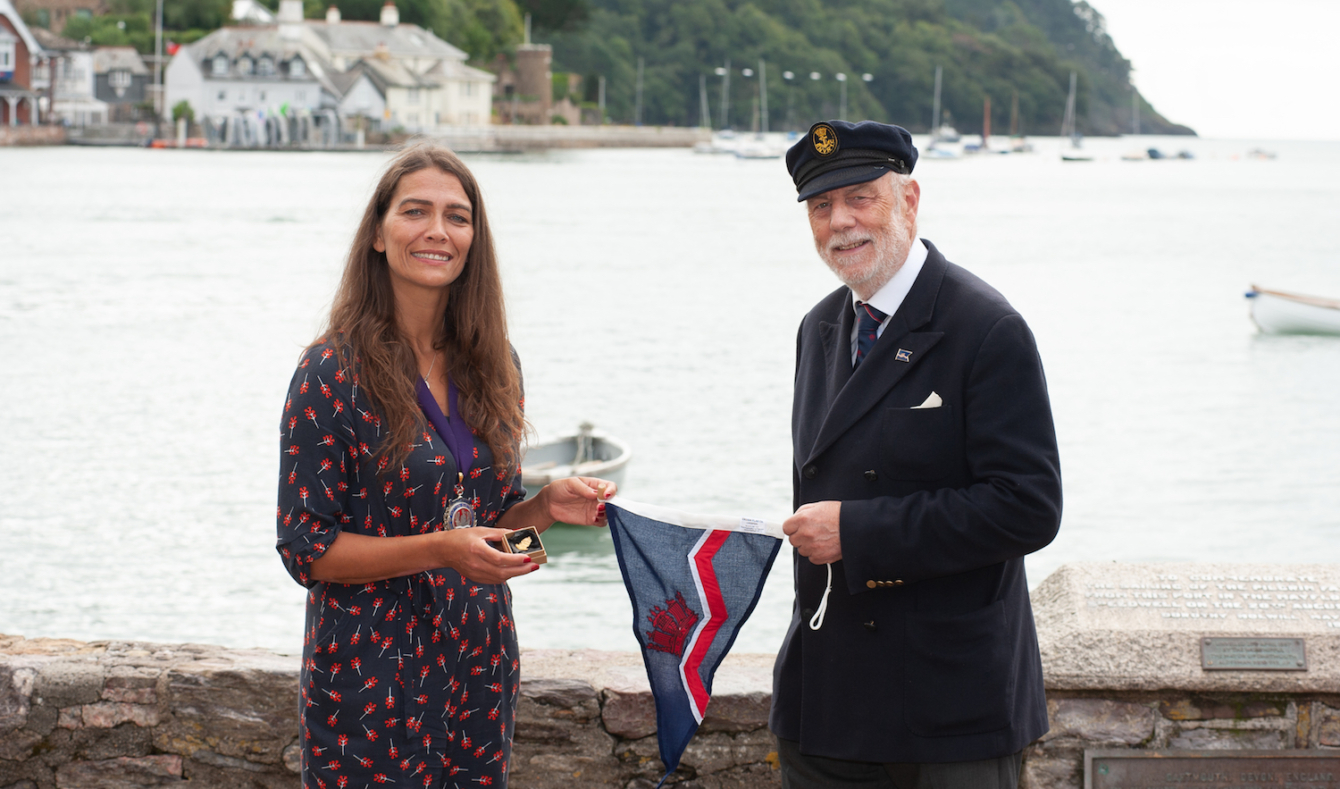