The valiant efforts to keep the Classic Channel Regatta afloat this year were finally scuppered by the Covid regulations, we did manage to run a quietly successful and highly enjoyable Dartmouth Classics. Sponsored by Salcombe Gin, there was exhilarating racing in fresh winds over the two days of July 6th and 7th followed by an overnight passage race to Fowey in lighter winds on July 8th and 9th; this race being sponsored by the new Premier-on-Noss Marina being built on the site of the old Philips yard on the River Dart. 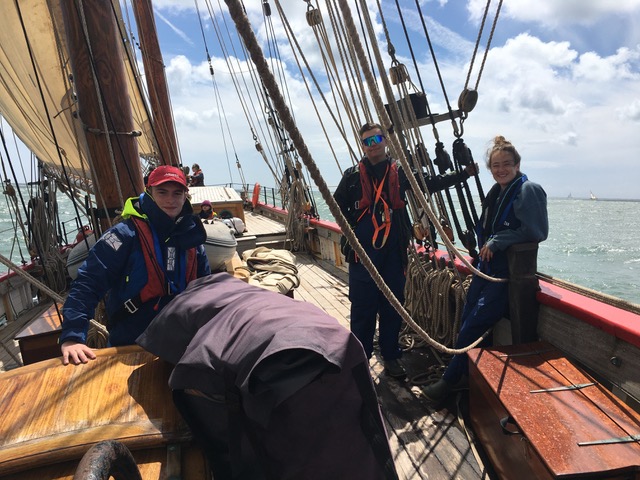 Two boats that were particularly welcome at the regatta were the Island Trust’s ‘Pegasus’ and ‘Johanna Lucretia’, both with young trainee crews who’s places were funded by our associate charity, The Classic Young Sailors Foundation, helped by the Royal Dart Youth Sailing Trust which paid for three of the four students from Dartmouth Academy. Because of Covid restrictions on numbers on board, the ten trainees were spread between the two boat with five in Pegasus and six in Johanna Lucretia – with many thanks to the Island Trust for making both boats available with reduced numbers so that we didn’t have to turn anyone away when the government delayed the removal of restrictions shortly before the regatta. And many thanks too to Dolphin Boatyard at Galmpton and Dart Harbour for sponsoring and paying the harbour dues for these two boats. 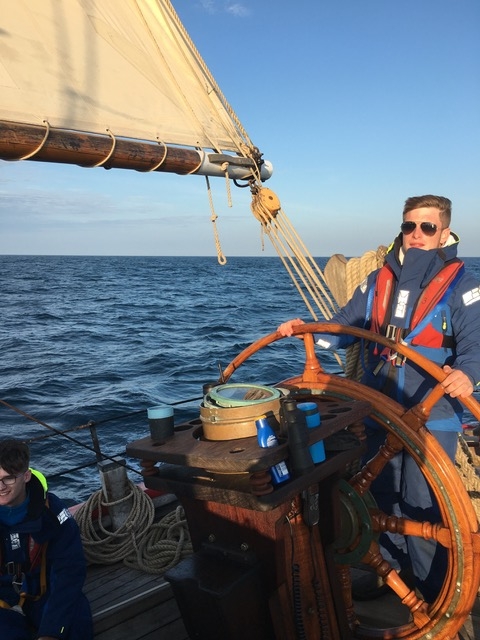 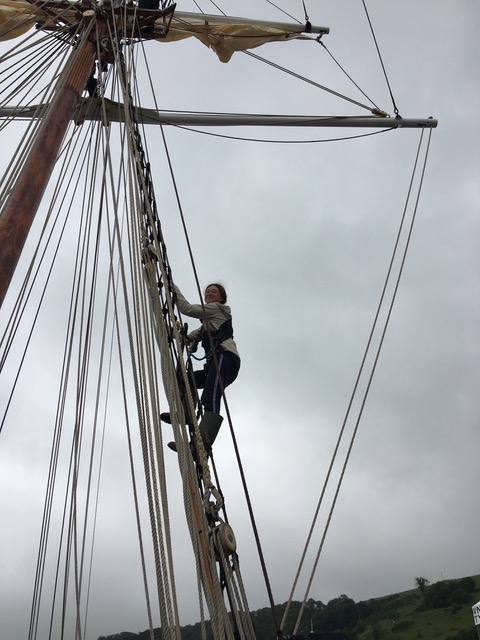 The crews had a wonderful experience and here’s an extract from an email sent in by the skipper of Johanna Lucretia shortly after retiring from the passage race to Fowey:

“We’ve had an excellent race to this point, with one of the best ‘sail training’ night passages I can remember in a long time. The sailing was excellent right up until first thing this morning, and by getting offshore as we stemmed the tide, there was plenty to see, monitor on radar and avoid. The Milky Way was stunning, we saw shooting stars, and compass checked by sunset and sunrise; have seen dolphins and a minke whale. The young people have all managed to get up for their watches and partaken in all the steering and decision making, and one of my highlights of the night was tacking the schooner in complete darkness with the mate off watch and the young folk all knowing exactly what they were doing with zero moonlight.  What a wonderful experience for these young crews, many of whom had never been to sea before!

Mark Hubbard, the Chairman of the Royal Dart Youth Sailing Trust said; “we are hugely grateful to our supporters whose donations make this sort of activity possible.  We hope that the experiences the trust are able to deliver in partnership with others will provide the foundations of an ongoing passion for sailing and the boating industries” 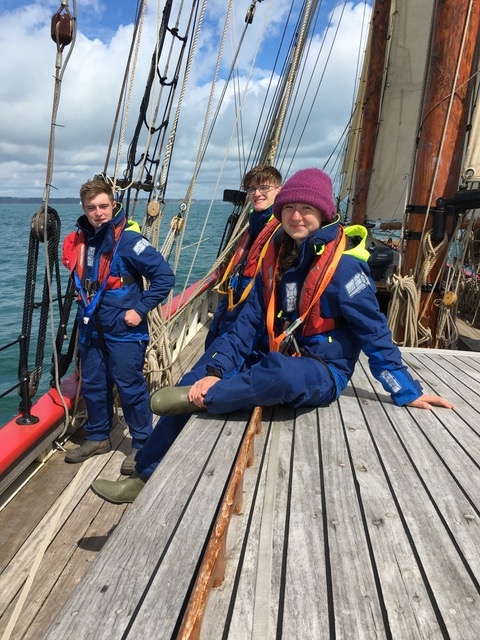 Dartmouth Classics was most certainly not short of wind, with the first day’s races being sailed in Start Bay in winds gusting up to 30 knots at times in mostly sunny wal yound eather. Almost all of the 23 entered boats ventured out and while the larger boats relished the fresh conditions, even the smaller boats were putting up amazingly stalwart performances, with the smallest boat of all, the Folkboat ‘Boomerang’, not even reefing her mainsail and winning her class. The next smallest boat, the Twister ‘Rompa’, also romped round the courses lapping up the conditions.

Day two saw less but still plenty of wind for the Salcombe Gin Coastal Race which took the boats on a run and reach up the coast to Torbay and across the bay to the Orestone Rock before fetching and beating back to the finish off the Dart.

The passage race to Fowey via the Eddystone was sailed in light westerlies which threatened to die away altogether at one point and the light headwinds proved too little for the two sail-training yachts which both retired to Plymouth as they were going to have to sail back there later in the day anyway. But all the other boats made it into Fowey.

The low-key Covid compliant social scene ashore went much better than we’d feared it might, helped no doubt by having a smaller than usual number of crews giving an even more intimate and friendly atmosphere to the two crew suppers, drinks on the terrace and prizegiving, all held at the Royal Dart Yacht Club. And the supper at The Gallants Sailing Club in Fowey after the passage race was outstandingly good.

For the Dartmouth Classics races the boats were split into two groups according to their JCH rating, with the Swan 55 ‘Lulotte’ winning the faster rating class and the Folboat ‘Boomerang’ the slower rating class – with all three top places in both classes receiving Salcombe Gin prizes. The passage race was won by:

The prizes for this race were sponsored by both Salcombe Gin and Premier Noss on Dart.