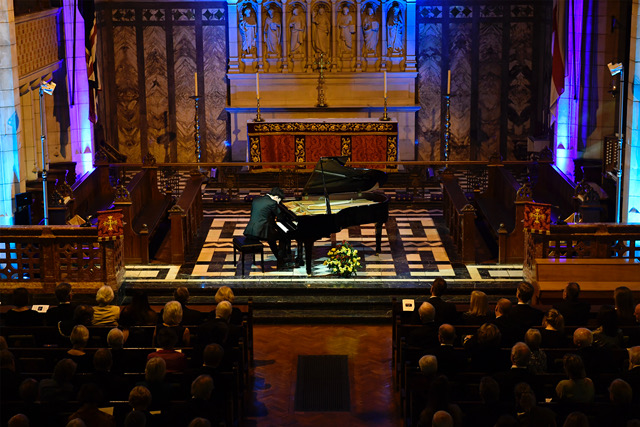 Dartmouth has officially launched its Mayflower 400 celebrations with a spectacular evening held at the Britannia Royal Naval College last weekend.

After a champagne reception, more than 200 people were entertained by the acclaimed pianist Ji Liu who delighted his audience with pieces by Beethoven, Rachmaninoff and Liszt and also by lesser-known composers such as Rzweski, with some Gershwin thrown into the mix.

Charles Hackett, CEO of the National Mayflower 400 Partnership, opened the evening with a speech in which he explained the importance and breadth of the commemoration, Dartmouth’s role in the organisation, and how the Mayflower Trail will link all of these destinations with each telling their unique part in the story.

The closing speech was made by Adrian Vinken, Chairman of the National Mayflower 400 Partnership.