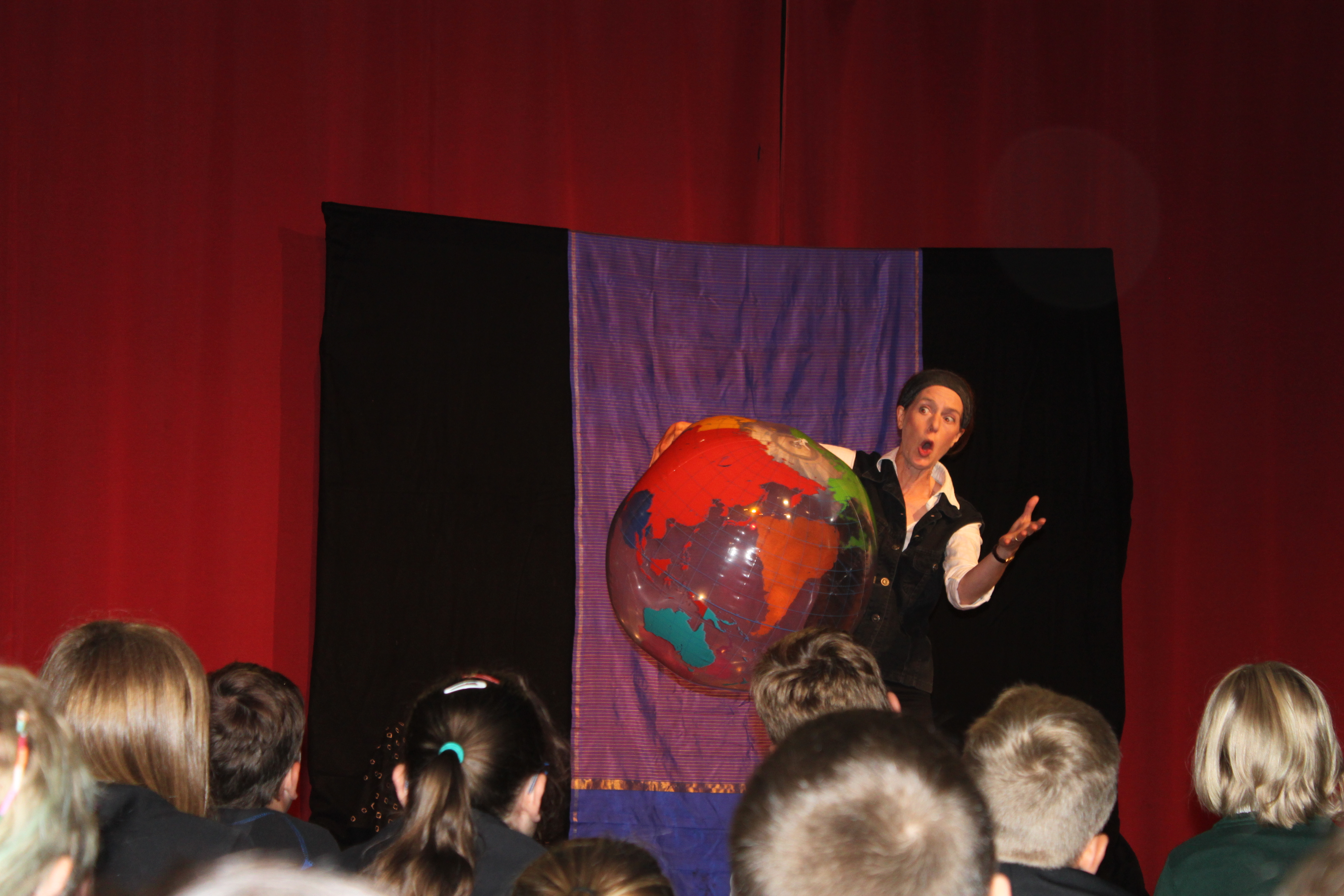 To kick off the Dartmouth Mayflower 400 Book Project, the storyteller, Katy Cawkwell, came to Dartmouth Academy on Monday 9th September to give her exciting performance, ‘The Mayflower Story’.

Children from all the Primary Schools in the area were enthralled by the story, which began with how humans developed on different continents, and gradually migrated across the oceans. She wove the story of two boys, a Native American boy and an English boy together, and how they eventually met when the Mayflower arrived in the New World. She described the history of the time through colourful characters from both continents, and children left full of enthusiasm for the next stage of the project.

This will involve five primary schools, and each school will be given a group of characters that sailed on the Mayflower, and they will base their stories on them. Children will write imaginative stories and create illustrations that will eventually form an Illustrated Book of Children’s Mayflower Stories that will be on sale in local bookshops and further afield in 2020 – the 400th Anniversary of the sailing of the Mayflower.

This project involves around seventy pupils in years 5 and 6 and is one of the Mayflower 400 Education projects involving local schools and colleges.

We are very grateful to The Arts Society Dartmouth and Kingswear, for funding this book.  More information about the Children’s Book Project