Dartmouth is first mentioned in history in 1049, when Swein Godwinson, a leading nobleman, kidnapped and murdered his cousin Beorn, in Sussex. Beorn was secretly buried far away in Dartmouth, but the crime was discovered. Beorn was given an honourable burial in Winchester, and Swein was outlawed. 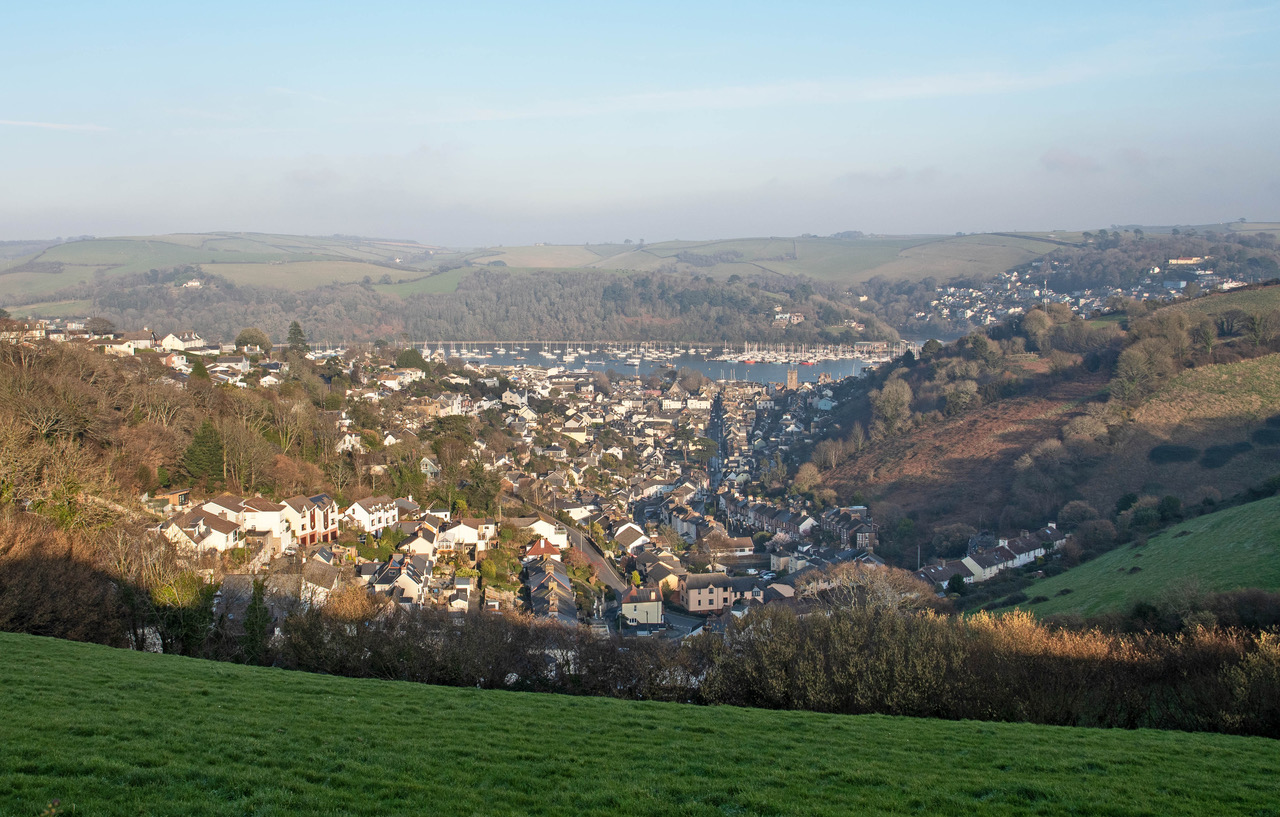 Looking down to the river you can see where a tidal creek originally separated two settlements, Hardness to the north and Clifton to the south. The place name in the Domesday survey (1086) is ‘Dunestal’, perhaps meaning ‘hill farmstead.’ This became Townstal, where you are now. A map drawn in 1619 for a court case shows how the town had developed by then.

Although it looks modern, Townstal is the oldest part of Dartmouth and St Clement’s, the original parish church, is the oldest surviving building in the town. It was dedicated in 1318 so was probably enlarged and rebuilt around that time.

The ancient route you are following from Townstal to the river’s edge was the main road into town for many centuries. It was narrow and steep, suitable for packhorses rather than wheeled traffic. Tracks led down to a dam built across the tidal creek, on which there was a tidal mill. This helped to connect Hardness to Clifton. 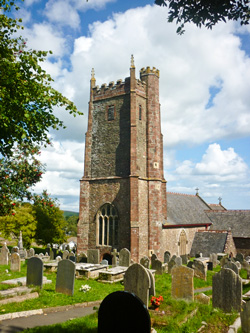 Here there are fine views out to sea. In 1147, a large fleet of vessels assembled in the natural deep-water harbour before departing for the Second Crusade; fleets also assembled here in the Third Crusade in 1189 and 1190 and the Fifth Crusade in 1217.

When the Mayflower and Speedwell visited Dartmouth in 1620, there were very few houses here. For most of the way down to town, you could look over gardens, orchards and open space.

In 1642, Dartmouth declared for Parliament in the English Civil War. Defences were rapidly improvised and strong points set up, including one on this road. The town fell to the Royalists in 1643 but was re-taken by the Parliamentary Army in 1646.

The ancient chapel of St Clarus once stood here. As the location overlooks the harbour, it may have provided a harbour light long ago. The present terrace of houses was built about 1850. Number 33, with a blue plaque, was the home of Harry Inder, who designed the first motor cars in Dartmouth.

The large white house nearby was the home of the Holdsworth family, who prospered in the Newfoundland trade in the 1700s. The fac?ade of number 16 next door dates from 1629 and was rescued from a house in Foss Street demolished after bomb damage in WW2. Many houses like this still survive and can be seen on the Town Trail.

The town arms on the old conduit, where the three roads meet, show a king sitting in a ship. Edward lll granted rights of self-government to Dartmouth in 1341 in return for two fully-manned warships whenever needed. In the late 1300s Dartmouth contributed more ships for the war against the French than any other port.

In 1620, this was the water’s edge, and shipyards extended along the shore to the left. A survey taken in 1619 names 40 shipwrights working in Dartmouth. Some of them may have repaired the Speedwell, which was leaking when the two ships came into the harbour.

The Gardens were opened in 1887 to mark Queen Victoria’s Golden Jubilee and contain several interesting memorials. The most recent marks Dartmouth’s role in preparing for D-Day in 1944 and commemorates ‘enduring bonds’ between the UK and USA.

The trail ends at Coronation Park, named for the coronation of George Vl, the present Queen’s father. Before the land was reclaimed and the Embankment extended, there were boat-building yards here. From here you can see the Britannia Royal Naval College, home of naval officer training. The present building, opened in 1905, replaced two old sailing ships on the river.