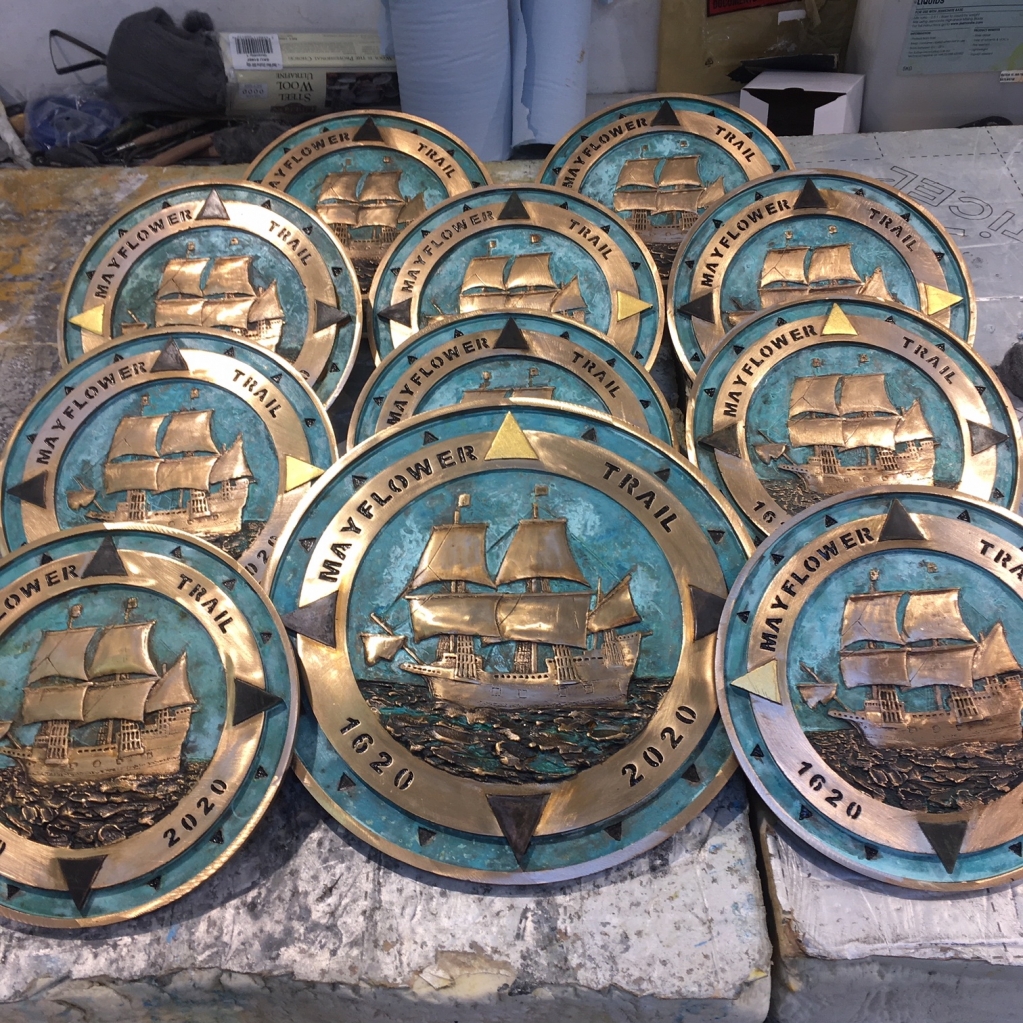 Dartmouth’s Mayflower Heritage Trail will tell a local story, and its relationship with the wider voyage undertaken by the Pilgrims. It will paint a picture of 17thC Dartmouth, as it was when the Pilgrims sailed into the harbour in 1620. Dartmouth’s Trail is linked to the National Mayflower Trail that will chart the story of the Pilgrims from their birthplaces to their settlement in the New World.  You can download the Mayflower Self-Guided Tours app, an innovative and informative free app that provides users with free, easy to follow self-guided tours of the UK towns, cities and villages connected to the Mayflower, including the Dartmouth Town Trail.

The Mayflower Heritage Trail will consist of three sections:

1) The Town Trail – this section of the trail is now open, and leaflets with information and a route map are available at the Visitor Centre and Dartmouth Museum.

The trail paints a colourful picture of 17thC Dartmouth, and leads visitors around the town’s historic streets and points of interest: The Museum, Pillory Square, The Butterwalk (1635), St. Saviours Church (1372), Bayards Cove Inn (14th century),  Bayards Cove Fort (1510) and Bayards Cove (1539), the old harbour quay, where the Mayflower and Speedwell were  moored in the river. This area remains virtually unchanged since 1620.

Interpretation panels at key points along the trail refer to events in Dartmouth’s rich history. These  include, in addition to the Mayflower Story, the departure of ships for the 2nd and 3rd Crusades, the wine trade with Bordeaux, the Triangular Cod Trade with Newfoundland, the Armada, the Civil War, the Flavel non-conformists, Thomas Newcomen’s invention of the steam engine, and the World War II D-Day preparations. 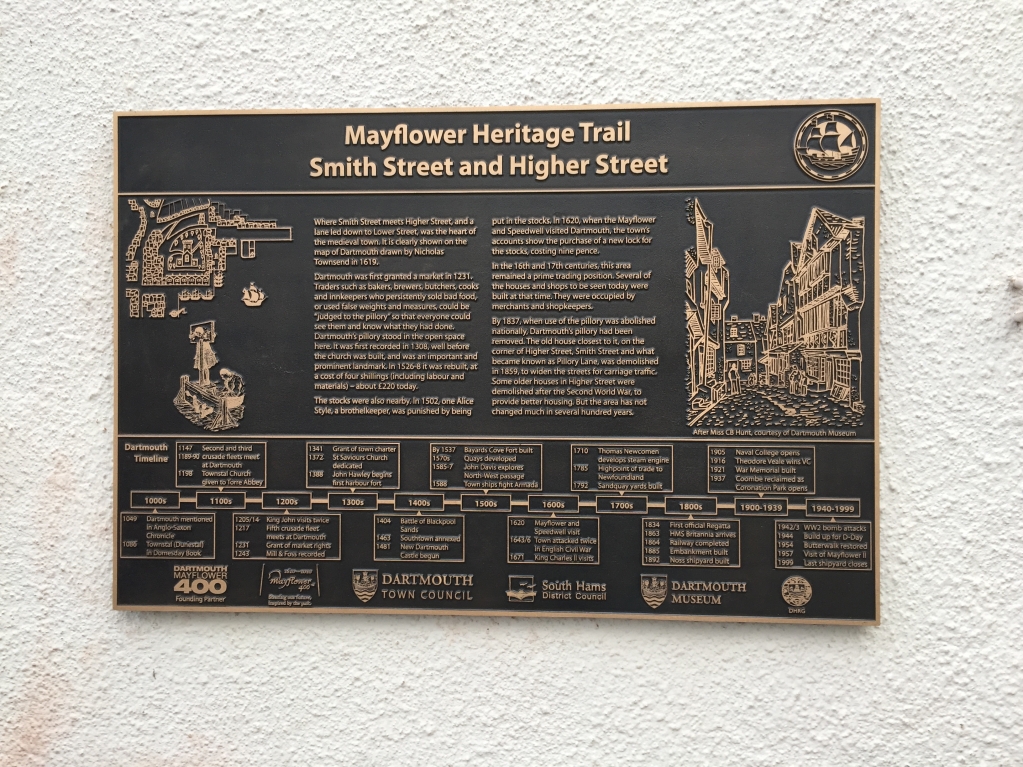 Phase 2 of the Mayflower Heritage Trail will include:

2) The Packhorse Trail that will link Townstal – the original settlement – with the port, beginning at St Clements Church (14th century & the ‘Mother Church’), and down one of the ancient packhorse routes – with many interesting historic buildings along the route.

3) The Castle Trail will take visitors from Bayards Cove to Dartmouth Castle (1488), St Petrox Church (1641) and the Civil War fieldworks on Gallant’s Bower (1642).

All three Trail elements will link up, and it will also be possible to explore the River Dart on one of the river boats taking in the historic seafaring locations and the Raleigh and Gilbert estates.

There are several points of interest to visit which will be part of the Trail, including:

The Museum, which will house a Mayflower exhibit and a Scale Model of the Mayflower, built by local shipwrights with students from the Noss Marine Academy,

St Saviours Church (1372) with its altar dating from James I, and the ornate rood screen and the south door with its medieval ironwork,

The Butterwalk (completed 1640) a gabled Tudor building with four stories, oriel windows, overhanging the pavement and supported on a colonnade.

A new Sculpture of a figure representing a Pilgrim looking out to sea, has been created by sculptor Mark Gregory with Dartmouth Academy students and Nicola Perrott. It is situated on the South Embankment and has been under planted with grasses.